The following article and research was prepared for the documentary, which can now be viewed on YouTube with the following link
https://youtu.be/ob3zdK9kO2E

The Holocaust ... is a Greek word meaning genocide and genocide
Action to \"destroy racial, ethnic, religious and national groups\" means the Holocaust
Initially, in 1933, camps were set up by the Nazis to torture and kill political opponents, including the Communists and the Social Democrats. After a while, these camps served as camps Jewish coercion was used, and in 1942, during World War II, the German government decided to implement a plan called the \"Final Solution,\" which established camps for the mass extermination of Jews.

The Holocaust in Nazi Germany is a special event for two main reasons
The Nazis sought to kill all Jews solely because of their religion, regardless of their age, gender, faith, or behavior, and to achieve this they used the bureaucracy of a modern state.

The two Nazi governments believed that if it freed the world from the Jewish presence, it would help the German people and all of humanity, even though the Jews posed no threat.
The theory was based on a baseless racist ideology that saw Jews as a \"destructive race,\" and ultimately led to the deadly policy of a \"final solution.\"

The Holocaust began in 1933 and ended with the end of World War II, in which six million Jews were killed during the Holocaust.
But are there any other signs of the Holocaust?
Has an authoritarian government followed in the footsteps of Nazi Germany and created a more tragic Holocaust?

Which of the world's ruling regimes is now pursuing a deadly policy of the ultimate solution?
Algeria ? Belarus? China? Cuba ? Russia ? North Korea ? Syria ? Islamic Republic of Iran ?
All the mentioned countries have a dictatorial government, but ... this is the regime of the Islamic Republic of Iran, which has been pursuing a deadly policy for forty years ... and considers it the final solution.

With the passage of four decades of the Islamic Republic, the record of this system is clearly full of failures and failures, and due to the misplaced priorities and foreign adventures of its leaders, it has become an international political outcast. The main goal of the Islamic Republic has always been the global domination of Islamic laws in order to put the world under the yoke of punishments known as Islamic limits.

The Islamic Revolution has always been active in spreading chaos in the region and the world, and from the very beginning, the Iranian regime has supported killings, bombings and other terrorist acts against those it considers its enemy, inside and outside the country. The world community always to It looks like a revolutionary goal. We strongly believe that if we put together all the activities of the last forty years of the Islamic Republic, we will face a more tragic Holocaust than the Holocaust of Nazi Germany, and to prove this, we will give a brief overview of what has happened in the last four decades.

The tragedy of Rex Abadan cinema was burned by 700 pro-Khomeini revolutionaries and religious people
Execution of 438 people at the beginning of the 1979 revolution by order of Khomeini and Khalkhali for employment in the Pahlavi government or lack of innocence from the Kingdom of Iran
Execution of 624 politicians in 1981
Execution of 14,794 dissidents between 1982 and 1986
Execution of 1,671 members of various parties in 1987 and 1988

Execution of 3,200 women and children between 1981 and 1988
Execution of 202 Baha'is solely for their religious beliefs and adherence to the Baha'i faith
Execution of 4,482 prisoners of conscience and political prisoners in the summer of 1988 and their secret burial in mass graves
The secret execution of athletes such as national team volleyball player Forouzan Abdi, wrestling champion Houshang Montazer Zohour, national football team player Habib Khabiri in the 1980s and many others

The secret execution of children and adolescents and the homosexual spectrum
Execution of 170 people for possessing or drinking alcohol
More than eighty writers, translators, poets and political activists killed in serial killings during the presidencies of Rafsanjani and Khatami
Execution of 6783 people in Iranian prisons from 1988 to 2009

Execution of 707 members of opposition political groups and of Kurdish, Azeri, Baluch, Arab and Afghan nationalities in 2012 and 2013, all of whom were killed under the stigma of moharebeh and corruption on earth
Stoning 109 people until 2019
Executions of Sunnis in these four governments of the Islamic Republic of Iran have always taken place for decades, but exact statistics are not available

Deliberate firing on a Ukrainian airliner, killing 176 people ... 2020
In general, for the past 4 decades, more than 60 people have been executed every week by the Islamic Republic on various charges, and all of them have been recorded in the statistics of human rights organizations.

In addition to the above, the Iran-Iraq war should also be mentioned. Entering Iran and thinking of spreading his revolution and religious domination, Khomeini first went to neighboring Iraq with false messages that these interventions and hatreds caused a sudden war in the region. The war, which began in 1980 and could have ended in 1982, was opposed by the opposition Khomeini and the slogan \"The way to Quds passes through Karbala\" killed 600,000 Iranians on the battlefield, according to independent statistics, and killed 16,000 civilians, as well as injuring more than 500,000, and had no effect on Iran except destruction and killing. This led the Supreme Leader of the Islamic Republic to drink the cup of poison in 1988 and adopt UN Resolution 598.

For years, some countries, organizations and courts have condemned the Islamic Republic for being involved in terrorist acts or supporting terrorist groups, to the point that the world has now recognized the Islamic Republic as a terrorist state. A government that always assassinates its opponents inside and outside the country or attacks through terrorist groups and militias affiliated with its targets.
Note these statistics :

Individual assassinations include the assassination of Shapur Bakhtiar, the last prime minister of the Pahlavi government, Shahriyar Shafiq, son of Ashraf Pahlavi, General Gholam Ali Oveisi, Abdul Rahman Ghassemlou, secretary general of the Democratic Party of Iran, Fereydoun Farrokhzad, Abdul Rahman Boroumand, members of the National Resistance Movement, and more than 30 others. All names can be seen in the official visual media

Mass assassinations
Assassination of Mykonos in a restaurant of the same name in Berlin, Germany with four killed
Bombing of Israeli embassy in Argentina Amia, 350 killed
Saudi bombing, 1996, 19 killed
The 9/11 attacks, which have been repeatedly proven to have killed 3,000 people at the instigation of al-Qaeda by the Islamic Republic through a mediator named Fawad Mughniyeh, a member of Hezbollah in Lebanon

Terrorist act in Kenya in 2012
The 2012 Bangkok bombing
Bombing in Delhi, India in 2012
Terrorist act in Bahrain in 2015
Terrorist acts in Iraq by militias affiliated with the Islamic Republic have killed 1,100 people
Assassination plan of US ambassador to South Africa 2020

According to the statistics of the Government of the Islamic Republic of Iran, in the last forty years, it has been involved in three hundred and sixty targeted assassinations in more than forty countries, which have resulted in the death or permanent damage of hundreds of people. The assassinations were carried out by the Quds Force of the Islamic Revolutionary Guard Corps, the Ministry of Intelligence, and proxy groups affiliated with Iran.
This is the case with Iranian-backed Shiite militias

Another important point is the whole of the Islamic Republic, which, as a destructive and authoritarian but legal system, openly and secretly kills or kills its opponents. There are many statistics and indications that the Ministry of Intelligence and, of course, the organizations behind it, before the establishment of this ministry in 1983, Over the past four decades, it has routinely secretly killed many people it deems deserving of \"physical removal.\" For example, the confessions of several intelligence agents recorded in the case of the murders of Dariush Forouhar and Parvaneh Eskandari explicitly emphasize the normality of killing dissidents in the Ministry of Intelligence.

The Islamic Republic came to bring prosperity, comfort and justice to the people of Iran, but this empty propaganda slogan after 4 decades in Iranian society has completely faded and we are witnessing the disintegration of all elements of Iranian society. Today, 24% of Iranians suffer from acute depression, ie nineteen million and two hundred thousand people According to the theory of psychiatrists and specialists, 15% of this number commit suicide, ie two million eight hundred and eighty thousand people, and this statistic is the result of economic crises, cultural situation, livelihood, social and political challenges that the Islamic Republic has achieved for the people of Iran. Is the earth. Depression and suicide in Iran are the wage of inequality. Where bread and hunger are not divided equally, we must witness the suicide of nearly three million people in society.

The repressive regime of the Islamic Republic disseminates false information and easily falsifies the facts. They try to bridge the gap between reality and propaganda, truth and illusion. And by manipulating the truth, they create false legitimacy for themselves By doing so, they can both claim popular support for themselves through demagogic deception and suppress the opposition and critics who have the ability to incite the people against the Islamic Republic

The result is that the Islamic Republic of Iran is a rude regime that during 4 decades of rule has been able to continue the Holocaust of Nazi Germany in Iran and in the eyes of the world in the eyes of the world and figure out another Holocaust. Of course, Nazi Germany only killed and exterminated the Jewish generation, but the Islamic Republic does not distinguish between race, generation and religion.

Simply put, any dissenting thinking must be physically eliminated, and to prove this claim, it is enough to review the statistics mentioned in this video once again.
You judge…

The Holocaust of the Islamic Republic of Iran Is not the continuation of the Holocaust of Nazi Germany?
In simpler terms, Iran today is a death camp ... it is the homeland of Auschwitz and the question is, what will happen to the future of the Iranian people with this huge volume of killings and deep blows of the government on the people and life throughout the nightmare?

* Another Holocaust ... This is not a name, this is a current that the regime of the Islamic Republic of Iran has figured out and continues ...

END_OF_DOCUMENT_TOKEN_TO_BE_REPLACED 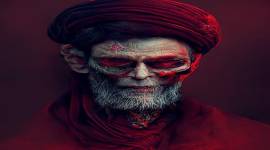 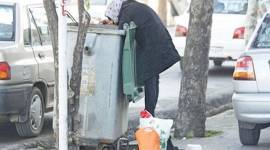 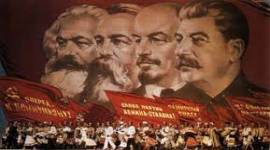 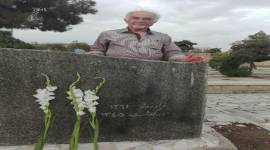 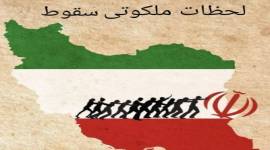 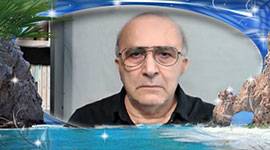 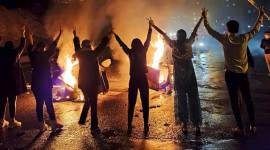 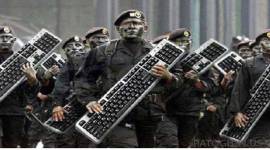 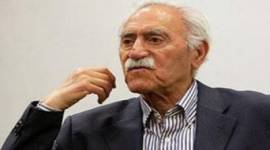 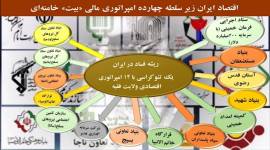 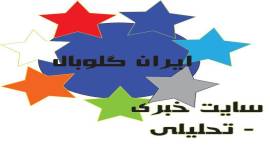 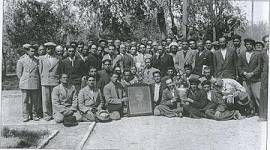 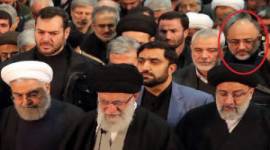 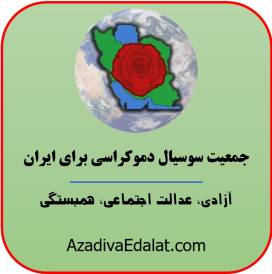 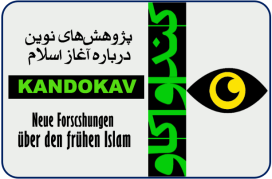 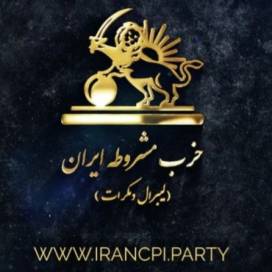 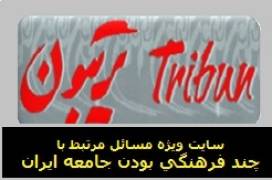